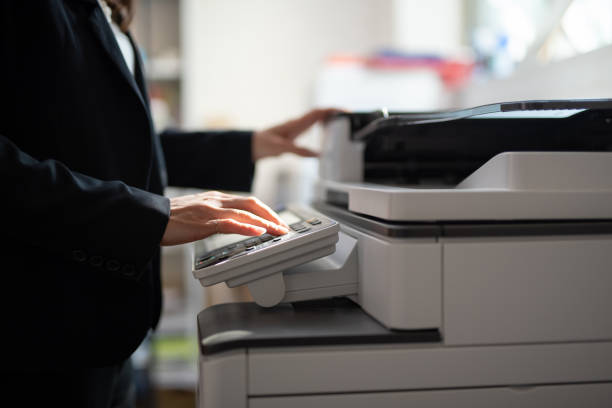 Some people would think that copiers and printers are closely the same since the functions are both for copying and printing. That’s because the typical office should have a copier or a printer standing by to accommodate and manage the job primarily documentation and file processes. When you look at the copiers and printers at a first glance, they look quite similar but taking a much deeper look would reveal that the two machines are both devices with different capabilities and as well functions.

Take a look at how they become different in some functions:

Printers can take pictures or text from your computer or any networked device. Take for instance that you can make a print from a document that was created out of a computer’s word processing program, then print it into the paper. On the other hand, copiers can be best referred to as a device that can print documents, as well other functions like scanning, copying, of course, printing. Copiers are also known as all-in-one printers or multifunction devices.

As we can see, both the copier and the printer have an almost similar function which is to copy, scan, and print. There is so much to be considered in quire similarities, especially if one has no idea of their specification features. They are both trying to work the jobs in the offices, especially in the documentation and filing. But somehow, they have differences if you can only have a better and closer understanding of how they will serve the purpose, and which you will be more beneficial for.

Printers can play a big role in the creation of documents in the majority. They can perform best in a word system processing into the computer through the network device. On the other hand, copiers work in multifunction, an all-in-one job at a time. They are most equipped for the heavy duties of printing.

So, the two devices are not similar in their features because they are only designed for their function. But what is important is that they both serve the same capabilities that are to copy and print.

Basic Maintenance of a Copier

A Guide In Getting The Best Copier For Your Business

Can I Use The Printer As a Copier?